BUDGET 2020 IS in the books and from a startup perspective it could be the most positive in a generation, but the “devil will be in the detail” of the Finance Bill.

Delivering his budget speech in the Dáil today, Minister of Finance Paschal Donohoe announced greater flexibility to the state’s share options scheme and increased the thresholds for investor tax relief.

Startup and SME stakeholders have welcomed the government’s changes to entrepreneur schemes to help stimulate indigenous businesses. Venture capital investor Brian Caulfield said the budget was “potentially the most positive budget from a startup perspective in a generation”.

“That’s not to suggest that it is instant transformation,” he added. “The big caveat always at this point is that you don’t really know for sure what the implications are going to be until you see the actual Finance Bill.”

The changes include tweaks to the Employment and Investment Incentive scheme (EIIS), which was introduced to bolster early stage investments in risky startups and SMEs.

It provides a tax relief of 40% for investors but has long come under much scrutiny for being too restrictive.

“We’re obviously still behind the UK where the limit is £1 million, in sterling but nonetheless in the context of Brexit and a reasonably tight financial position, I think that’s a fairly significant increase and hopefully should drive additional investment,” Caulfield said.

Donohoe announced a further increase in the form of a €500,000 limit for investors that commit to an investment through EIIS for ten years or more but how this will work in practice is unclear. 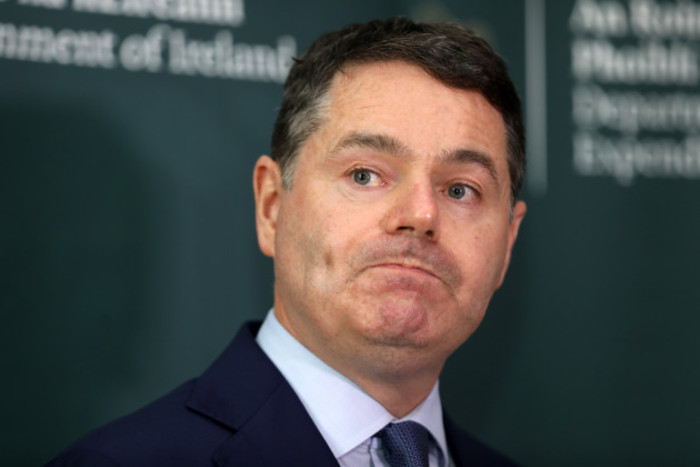 “In startups, it can be difficult to make an investment with a guarantee that you’re going to be invested for 10 years,” Caulfield said.

“You don’t know when the right time is going to be to sell a company. On that one I’ll withhold judgement.”

Further, the Minister of Finance said that the entire tax relief of 40% will be made to investors in the first year of their investment.

Previously the relief was availed of in two tranches, in the first year and fourth year, at 30% and 10% respectively.

Donohoe also revealed a number of changes to the state’s share options scheme to make it more flexible.

The Key Employee Engagement Programme (KEEP), which was introduced in 2017, will now apply to company group structures, allowing employees to move roles within a group and retain their share options.

Gill Brennan, chief executive of the Irish ProShare Association (IPSA), said the change was a positive one.

“We welcome the fact that the minister has said that he’s looking for KEEP to apply to company group structure as well as allowing greater flexibility for employees to move within such a structure,” she said.

“If an SME has two subsidiary companies, that (will) allow the employee to hold on to their KEEP options between companies.”

Part-time employees will now be eligible for KEEP as well, having previously been locked out of the scheme.

Much like the investors’ tax relief, the true impact of the changes to the scheme will be laid out in the legislation itself.

“The devil will be in the detail with regards to what it says in the Finance Bill,” Brennan said.

Best of the rest

Elsewhere in the minister’s speech, he announced an additional €10 million for the Disruptive Technologies Innovation Fund, an increase in the R&D tax credit from 25% to 30% for small companies and further funding for different bodies that assist entrepreneurs and SMEs.

Donohoe however opted not to make any changes to capital gains tax.

Olivia Lynch, a partner at KPMG, said the decision will be a disappointment for business owners.

“Ireland’s entrepreneurs continue to be at a competitive disadvantage in this regard, for example, the current ceiling in Ireland of €1 million compares with the UK ceiling of €10 million,” she said.

“We need to do more to recognise the connection between risk and reward to realise the potential of domestically owned businesses.”