With a question mark still hanging over whether the UK will crash out of Europe without a deal next month, Irish companies have been putting contingency plans in place – including the transport industry.

The stakeholders of Irish airports, ports and cross-border trains and buses are keen to ensure movement of people and goods doesn’t come to a standstill after 31 October.

Earlier today, a number of different industry representatives presented contingency plans to an Oireachtas committee, outlining how operations will be affected.

What’s in store for airports?

The main message from Niall McCarthy, Cork Airport managing director and DAA board executive, was to keep calm and carry on.

Flights will continue to operate as normal at Dublin and Cork airports in the case of a no deal. McCarthy said there would be no changes or additional requirements for travelers travelling to the UK from Irish airports.

He said for UK-bound passengers there would be no change anticipated and passengers will “continue to comply with all current processes and requirements”.

“If the UK leaves the EU without a deal, emergency regulation will come into force at EU level to protect air connectivity for passengers and freight between the EU and the UK,” he said.

This emergency regulation will be in place until October 2020 and ensures UK air carriers continue to perform transport services within the UK and the EU and allows other airlines to apply for a six-month “grace-period” to do the same.

Passengers arriving from Britain coming through immigration control will come through the same channel, but that channel will now be labelled EU/EAA/Switzerland and UK – and DAA has new signage prepared just in case.

McCarthy also highlighted that the Irish government has confirmed duty-free shopping will return on alcohol and tobacco products if the UK leaves without a deal.

How will freight transport be impacted?

Glenn Carr, the Rosslare Europort general manager, said the port is ready for a no deal scenario, with a 16 acre special area for freight and passenger inspection in place.

He said the no deal will bring challenges and and that it will be “critically important” for truck drivers to have their documentation and master reference numbers which are needed when exports enter or exit the European Union.

Down the line, he said that Rosslare could act as a support for Dublin Port which will be under pressure.

Aidan Flynn, the general manager of Freight Transport Association Ireland, said there was still a lot of uncertainty for the sector ahead of the Brexit deadline.

He highlighted haulage companies in Ireland, that mostly fit into the small to medium enterprise bracket, are struggling to allocate resources to prepare for Brexit.

He compared the 80 ferries a week between Dublin Port and the UK mainland – and 28 per week between Rosslare and the UK – to 17 between Ireland and continental Europe, which will cause an issue when it comes to the scheduling of ferries in a no deal scenario. 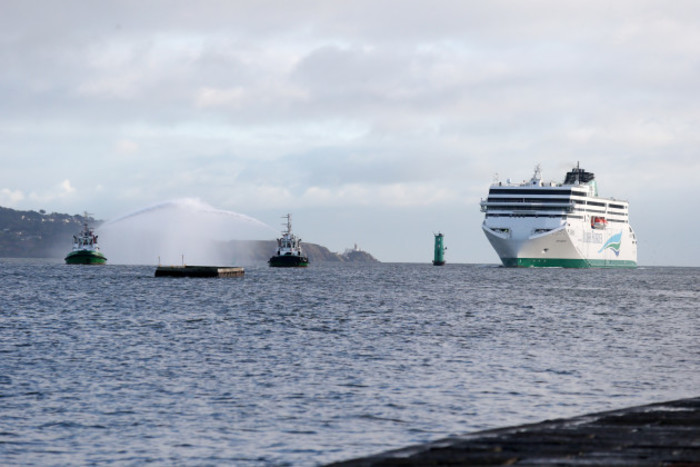 Both rail and bus services between Ireland and Northern Ireland are expected to run smoothly in the event of a no deal scenario.

National Transport Authority chief executive Anne Graham told the committee that the EU had authorised for cross-border bus services to continue operating in the event of a no deal Brexit.

This was agreed to come into place after the UK’s original March date to leave the EU and allowed the licences to continue for a six month period until new arrangements were put in place. Graham said she expected the EU to extend these terms until 31 July, allowing for both the movement of people and goods.

Director of train operations at Iarnród Éireann Billy Gilpin said the organisation had been working with its Northern Irish equivalent Translink to mitigate any impact and “offer a seamless service” for the Belfast to Dublin train service in a no deal or transition Brexit scenario.

He the organisation has increased its fuel supply to cater for three months of operation for all bus and train services – and intends to increase this in the coming months.