BEATS MEDICAL HAS become the first Irish firm to be invited to Google’s exclusive Google ‘demo day’ in Silicon Valley.

The Dublin-based company, which created an app to help treat symptoms of Parkinson’s disease, announced today that it has been asked to pitch at the event in early November.

The contest will see 12 female-led startups from around the world try to sell the merits of their businesses to over 100 investors, venture capitalists and judges at Google’s headquarters.

Beats Medical CEO Ciara Clancy beat out more than 800 applicants from over 65 countries to secure her place alongside female entrepreneurs from a multitude of countries including Australia, Brazil, China and the US.

Google began running the annual events two years ago and has not featured an Irish company to date. So far it has hosted just two other European companies.

The company said the ‘women’s edition’ was set up for “highly innovative companies founded or co-founded by women” and said that it gives female entrepreneurs in high growth companies “the opportunity to present to renowned technology investors”.

Several top technology figures have featured as judges in prior years, such as Steve Case, the founder of US media giant AOL.

He has personally invested $1.4 million in previous hopefuls and at Google’s most recent event vowed to invest a total of $1.1 million in pitching companies.

Beats CEO Clancy said that she hopes the company’s inclusion at Google’s event will help build awareness for the company’s technology “and ultimately, help more people with Parkinson’s disease”. 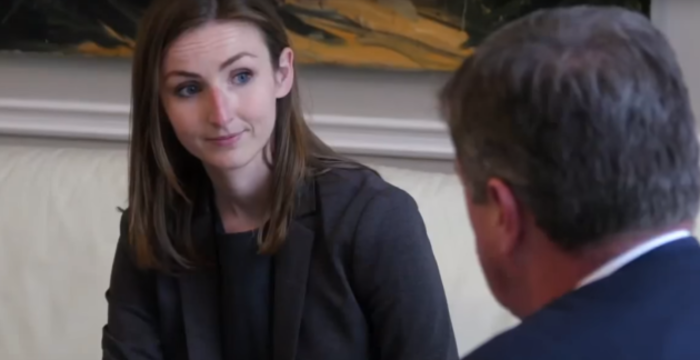 “This event is an incredible platform for Beats Medical to showcase the technology that we have developed, and ultimately highlight how it can be used to help those living with Parkinson’s to have a better quality of life which is at the heart of everything that we do,” she said.

The technology provides a form of sound wave treatment called auditory cueing which has been used since the 1950’s to treat the walking symptoms of Parkinson’s disease such as shortened steps and freezing.

Clancy has already won the Google Adopt-A-Startup programme in 2015 and attended the company’s Google for Entrepreneurs BlackBox accelerator in 2014.

She previously told Fora that the company wants to get to a point where it can address as many Parkinson’s symptoms as possible in the coming years.

“Then we want to focus on other conditions such as multiple sclerosis, dyspraxia and cerebral palsy,” she said.