THE GOVERNMENT DOESN’T plan to introduce rules that would prevent banks from using billions losses accumulated during the crash to avoid paying corporate tax over a long period of time.

Despite a recommendation from the Oireachtas Public Accounts Committee (PAC), Minister for Finance Paschal Donohoe told the Dáil yesterday that he doesn’t intend to change how losses are taxed for Irish banks.

In response to a question from Sinn Féin finance spokesman Pearse Doherty, the minister said he believes such a change could hurt the government’s shareholdings in Irish banks.

“The State and the Irish taxpayer own a very large share of the banking system overall. I want to see the State get back that money,” Donohoe said.

“I also want to be in such a position that the dividends these banks have begun to pay the Irish taxpayer are maintained in the future.”

In an interview with the Sunday Business Post earlier this month, PAC chair Sean Fleming said the committee would call for the introduction of a 10-year ‘sunset clause’ for banks’ deferred tax assets.

Deferred tax assets, or DTAs, arise when a company makes a loss and can be offset against future profits.

DTAs at AIB, Bank of Ireland and Permanent TSB are collectively worth €4.3 billion and currently have no time limit on their usage.

Based on the size of current and forecast bank profits, pundits say they will most likely be used to limit the amount of cash taxes paid by the banking sector over a 20-year period. Fleming said he wanted to see this shortened to 10 years.

Despite selling down its share in AIB and Permanent TSB, the State still owns an estimated 51% stake in the total equity of the three largest lenders in the country after their taxpayer-funded bailouts.

The banks, including the non taxpayer-owned Ulster Bank and KBC, currently pay a collectively levy of €150 million a year to the Exchequer. This is due to expire in 2021. 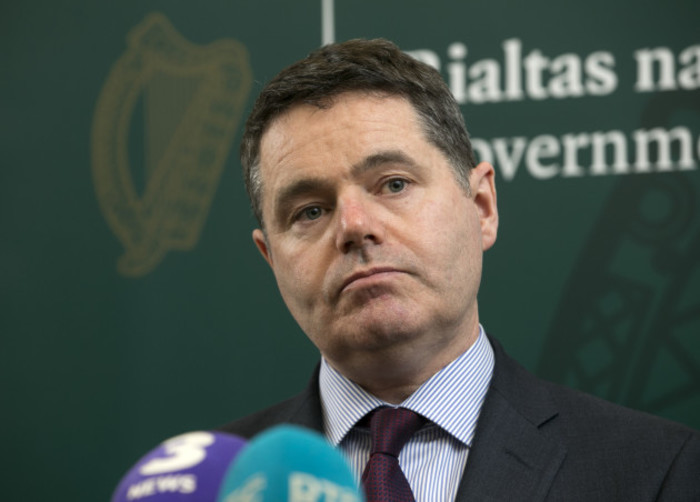 In a briefing note this morning, analysts at Goodbody stockbrokers said investors should breath a sigh of relief following Donohoe’s comments yesterday.

“As we previously opined, any change in DTA policy would likely have material implications for the banks,” they said in a briefing note.

“The murmurings of a potential change in DTA treatment has weighed on Irish banks’ share price performance of late, notably on AIB, and we therefore believe the minister’s comments should provide some comfort to investors.”

Commentators at Investec said the government is unlikely to make changes to DTA rules while it is the biggest shareholder in the Irish banking sector “given how this would likely diminish the market valuation for (the State’s) equity stakes”.

“However, we expect the opposition parties to remain vocal on the issue going forward given the perceived (if inaccurate) ‘unfairness’ of the DTA usage by the general public,” analysts said in a briefing note.

During the exchange with Donohoe yesterday, Pearse Doherty – who previously branded the current policy a “sweetheart deal” – described the situation as “a national scandal”.