AS CONSUMERS ARE becoming increasingly demanding of businesses to be more environmentally and socially responsible, some Irish companies are looking at going the extra mile and considering B Corp status.

Getting B Corp status, a global certification which involves going through a rigorous audit that takes months, effectively certifies a business as sustainable – something which the likes of Patagonia, Innocent Drinks and Ben & Jerry’s have already done to assert their commitment.

To date Ireland has only one B Corp, as UrbanVolt was the first Irish business to join the club last year.

The fast-growing company, which operates a “light as a service” model that supplies businesses with more efficient LED lighting at no upfront cost, has raised significant investment as it expands to “help large companies do the right thing”, co-founder and chief commercial officer Declan Barrett said.

For Urban Volt, the appeal of becoming a B Corp was largely business driven, tied to the fear that “as companies get bigger and equity is diluted, founders lose control”, said Barrett.

From the outside it may look like a clever bit of marketing, but he pointed out that by obtaining B Corp status, business leaders are “nailing your colours to the mast”. The difficulty and length of the process can also be enough to put off – and weed out – many companies.

Barrett and his co-founders made UrbanVolt a B Corp “to protect the integrity and honesty of our initial belief system in setting this business up”.

“That would protect us going forward – when and if we do lose further control of the business as it grows,” he said.

“It’s not easy to get, the process is quite rigorous. It’s very much for companies that are driven by mission and vision.”

It took UrbanVolt several months to get its certification. It begins with an online assessment, followed by a score and a choice to continue the process.

“Companies must generally reshape the legal structure and management and the board so they can make decisions that benefit stakeholders outside of just investors and shareholders,” he said.

In practice that means the company now has an equal responsibility to the environment, community and society as well as shareholders.

“That was probably the most difficult part – convincing investors that this is the right thing to do,” Barrett said.

In more than 400 detailed questions, the company had to give evidence-based answers that were then peer-reviewed by existing B Corps.

“It was difficult at the time, but it’s hardcore. (The businesses involved in the peer review) want to identify if people are using this as just a marketing tool or do they truly believe in what they’re doing?” he said.

“It becomes pretty clear what you’re using it for halfway through that process. If it’s purely a marketing tool, these are smart guys and you won’t get the B Corp (status).”

The title of B Corp is slightly different to B Corporation. B Corps are companies which have gone through a rigorous internal audit to demonstrate their commitment to all aspects of business sustainability. B Corporations are legally recognised as such and have a triple bottom line on profit, sustainability and environment.

Both are overseen by US-based non-profit B Lab, but at the moment it is not possible to be a full B Corporation under Irish law.

The initial assessment to become a B Corp is free, after that the cost is revenue-based.

While Urban Volt is currently Ireland’s only B Corp, others are dipping their toes in the water. However, there is still relatively little awareness of it here compared to the US, UK and the Netherlands.

With just one B Corp, it’s a “chicken-and-egg” situation, according to Chris Gordon, B Corp’s Ireland partner.

“Because there is not wider acknowledgement of B Corps in Ireland some people might not necessarily see it as an advantageous thing to have right now,” he said.

There are also B Corps which are registered in different countries and operate in Ireland, such as Innocent Drinks and Patagonia, which Gordon believes should talk about it more often.

“Finally, now we’re starting to see very much an interest,” he said. “There’s some larger organisations that are thinking about doing it, transformative brands in Ireland.” 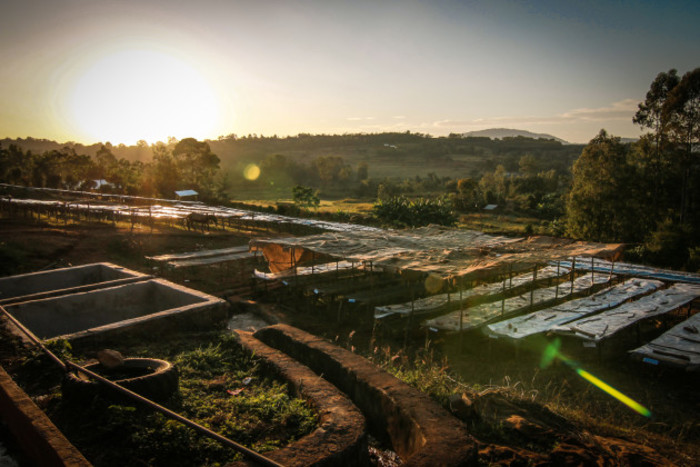 On the smaller end of the scale is Moyee Coffee Ireland – a so-called “fair chain” coffee company that supplies firms including Groupon and Dogpatch Labs.

It is partnered with Moyee Coffee in Amsterdam. The Irish offshoot is in the process of its B Corp application and expects to complete the process in about a year, according to co-founder Shane Reilly.

Later this month the company is rolling out blockchain technology enabling customers to plant a tree in Ethiopia by getting a token with a QR code when they get their cup of coffee.

“It’s trying to connect consumers with a change they want to see in the world,” Reilly said, adding that he thinks this is the essence of B Corp businesses.

“Yes they want to make money, but they also want to solve that social problem they see,” he said.

Like Gordon, he added that existing B Corp companies operating here need to fly the flag more visibly. UrbanVolt, Moyee Coffee and Gordon are holding an information event in mid-October in Patagonia’s Dublin shop for companies interested in knowing more.