CORK MEDTECH STARTUP AventaMed has joined a consortium of big-name healthcare companies for collaborations ahead of a planned US launch.

AventaMed has developed a device for inserting grommets into the eardrum, which prevents the build up of fluid.

The consortium – called the National Evaluation System for Health Technology Coordinating Center (NESTcc) – connects regulators and the industry to share and evaluate real-world evidence in the regulatory process for medical devices.

NESTcc’s members include Abbott Diagnostics, Medtronic and the US Food and Drug Administration (FDA). AventaMed is the first Irish company to join the group.

Olive O’Driscoll, the AventaMed chief executive, said that the consortium helps companies access data around medical device evidence and the regulatory process that they would otherwise struggle to get hold of.

“We’ll be working with our collaborators to look at tympanostomy tube (ear tube) surgery and the outcomes of that and how we can improve ear tube surgeries in the US, which is one of the biggest markets for us,” she said.

The need for the procedure is usually seen among children but can be necessary for adults too.

Existing procedures involve putting a child under general anaesthetic and using four different surgical instruments to make an incision in the eardrum and insert the tube.

“They have a separate ear tube which is placed on a little forceps and then manoeuvred into the incision they’ve created in the eardrum,” O’Driscoll explained.

“Then they can use a probe to try and place the tube accurately into the eardrum.” 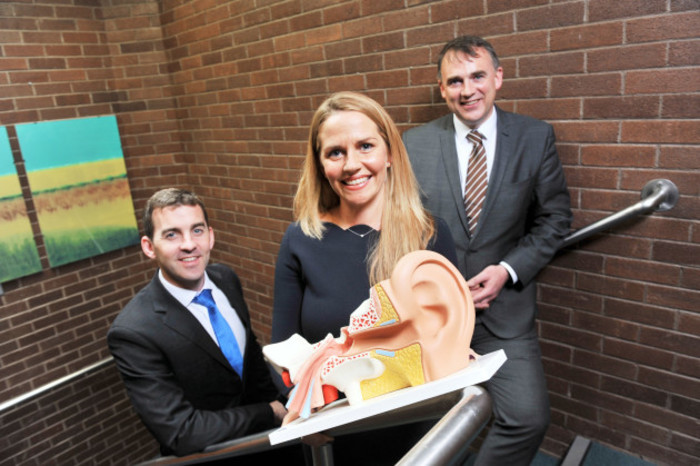 The Solo TTD consolidates the surgical instruments into one device.

“The ear tube is pre-loaded at the tip and the surgeon puts the device into the ear and pierces the eardrum with the tip of the device and presses a button and then that just releases the pre-loaded ear tube into the incision.”

AventaMed’s device is on the European market with a CE mark and is seeking the go-ahead from regulators in the US in the form of FDA clearance.

It is carrying out clinical studies to inform that process and O’Driscoll added that she hopes to have clearance secured by the end of 2019.

“That’s why this NestCC collaboration is such great timing for us as we’re building our plans to launch the device in the US.”

The startup, which has a team of six, raised €1.8 million in funding in 2017 and has another round of funding in the pipeline.