CORK-BASED MED-TECH STARTUP AventaMed has raised €1.8 million from investors and secured federal approval in the US to put its device on the market.

Set up by Olive O’Driscoll and John Vaughan in 2013, AventaMed is a spin-out from Cork Institute of Technology.

Over the past four years the startup has been developing new methods for inserting ear tubes, called grommets, into people’s ears without the need for general anaesthetic.

A significant chunk of this funding round – around €1.6 million – has come from angel investors who are part of the Halo Business Angel Network (HBAN), the group responsible for promoting angel investment in Ireland.

This is the largest amount of funding that HBAN members have ever contributed to a single deal. Last year angel investors in Ireland directly invested €13 million in startups.

Three of HBAN’s syndicates took part in the funding round, while Enterprise Ireland and other independent angel investors also contributed.

The company has also just confirmed it has received regulatory approval from the US Food and Drug Administration to begin selling its product.

AventaMed’s founders said this latest round of investment will be used to begin the commercialisation of AventaMed’s ‘solo tympanostomy tube device’ in the US. This is a tool that allows quick insertion of tubes into the ear. 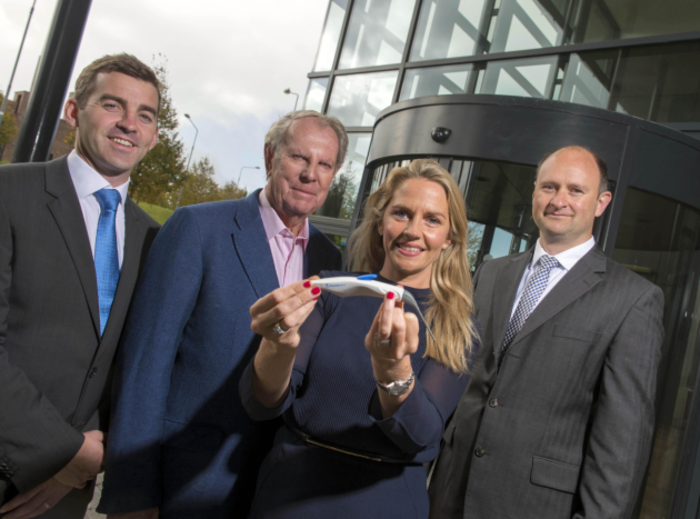 AventaMed, which now has a team of five working on the project, previously raised a significant amount of funding from Irish-based angel investors two years ago.

The last round, worth €1.3 million, was put towards further trials of its product before it sought FDA approval across the Atlantic.

The company already has successfully completed clinical trials and secured European regulatory approval, the CE mark, to commercialise the device in Europe.

Both rounds of investment into the company were led by Jack Cashman, an angel investor with three decades worth of experience in healthcare who has completed two initial public offerings with companies in the sector.