DEVELOPERS WILL BE blocked from converting Ardmore Studios’ valuable site into houses with local officials poised to protect Ireland’s largest studios for film use.

The studio, in Bray, County Wicklow, was recently put up for sale as a going concern with speculation it could catch the eye of property investors as part of the site is zoned for residential development.

That possibility has drawn the concern of local groups, who fear it could lead to the studio’s closure.

Ardmore employs up to 500 people at full capacity and also supports a variety of nearby film and television production outfits.

However local councillors are expected to oppose any changes to the use of the site – the bulk of which is already zoned for film – with Wicklow County Council due to introduce new planning rules later this year.

A council spokesman confirmed to Fora that it was intended to keep the site earmarked for filming – and to extend the restriction to the share currently open for development.

“The elected members of Wicklow County Council have stated their commitment to  retaining the film zoning on the site and to zoning the 1.75 acres currently zoned for ‘primarily residential uses’ for film,” he said.

“They will have the opportunity to formally confirm the film zoning and to consider changing  the residential zoning  to film as part of the Bray local area plan. The process for making the new local area plan is due to start this spring.

He added: “The draft local area plan will definitely be published this year but we cannot say as yet as to when it will be adopted.”

Ardmore, which has hosted blockbuster movies such as Braveheart and Michael Collins, is one of only three purpose-built film studios in Ireland.

The other main site is Ashford Studios, which is also located in Wicklow, while the newly opened Troy Studios in Limerick is looking for its first client. In December, RTÉ reported that a prospectus for Ardmore’s sale highlighted the film studio’s attractiveness as a location for ‘south Dublin’ housing.

One out of the 40 pages in the document was devoted to Ardmore’s potential for housing development.

The value of residential development land has soared recently as pent-up demand in the housing market – particularly in Dublin – continues to grow.

A survey this week, from the Society of Chartered Surveyors Ireland, said Dublin land values rose 14% last year – and predicted a 15% increase in 2017.

Independent councillor and Bray district Leas-Cathaoirleach Christopher Fox told Fora that locals were concerned about the prospectus’ statement that the site was “prime residential potential land”.

“We don’t have influence over the private stakeholders, but a cross-party delegation from the council met (Jobs Minister) Mary Mitchell O’Connor before Christmas and urged her not to sell to someone who was looking at (Ardmore) from a residential perspective.”

Just under two acres of the Ardmore site, which encompasses an area of over 18 acres, is currently zoned for residential development.

Some 32% of Ardmore is owned through Enterprise Ireland. The studio’s majority shareholders, former U2 manager Paul McGuinness and accountant-to-the-stars Ossie Kilkenny made the decision to put the facility up for sale in October.

The owners have repeatedly said that they want to sell Ardmore as a going concern, which would likely keep the facility in the film and television production industry. 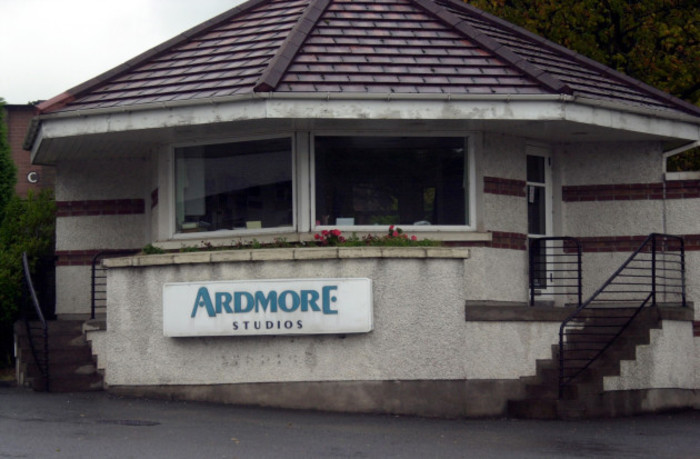 They said in October that the sale “will have no impact on the day-to-day operations of the studios”.

A spokeswoman for Ardmore reiterated this when contacted by Fora. She added that the sale is “still in the process and there is no timeframe at the moment”.

A spokeswoman for Mitchell O’Connor said that Enterprise Ireland “has not placed any pre-conditions on the sale of the studios due to the existence of planning restrictions on the site which safeguard its use as a film-making studio into the future”.

Current Ardmore chief executive Siún Ní Raghallaigh and part-owner Kilkenny are both directors of Troy Studios in Limerick. Last month the Sunday Business Post reported that Joe Devine, the chairman of Troy Studios, may make a bid for Ardmore.