THE IRISH CONSUMER watchdog says it is powerless to launch an investigation into tech giant Apple’s practice of intentionally slowing down older iPhone models.

The Silicon Valley tech firm has admitted to secretly limiting the performance of processors in older iPhones, claiming this helped protect a device’s ageing battery. It has since slashed the prices of replacement batteries and promised to be more open about its tactics.

However, last week, the competition and consumer protection division of the French Ministry for the Economy and Finance opened an investigation into Apple over its alleged practice of ‘planned obsolescence’ – the deliberate shortening of a product’s lifespan to encourage users to buy a replacement model.

According to Ireland’s Competition and Consumer Protection Commission (CCPC), no similar investigation can be opened in Ireland.

In response to a request from Fora, a spokesman for the CCPC said it is powerless to investigate Apple tampering with consumer devices.

He said that laws do not exist in Ireland that would allow it to launch a similar investigation to the one underway in France.

The CCPC added that it can only monitor compliance with general consumer protection legislation outlined in the relevant.

“We do this by undertaking investigations and, where appropriate, by initiating enforcement action – including civil and criminal proceedings through the courts,” it said. 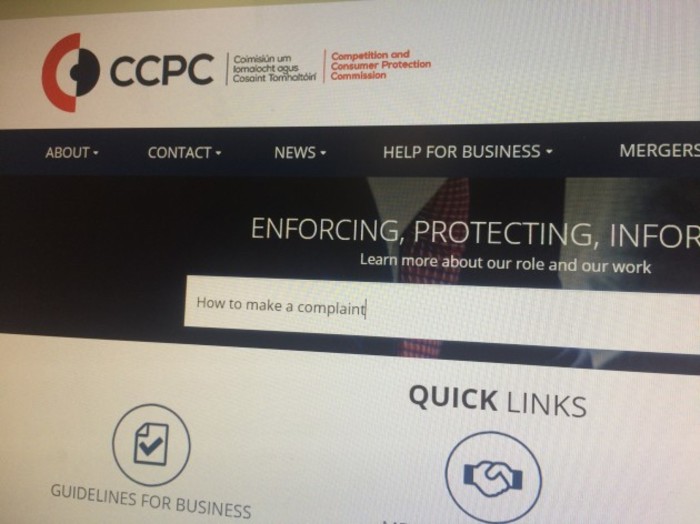 Last year, the CCPC probed anti-competitive conduct in the ticket industry and also looked into alleged price-fixing in the insurance sector.

According to the spokesman for the watchdog, it has only received one query from a consumer in relation to Apple’s planned obsolescence.

The French consumer watchdog has used powers it is granted by national legislation, which prohibits the practice of planned obsolescence, to investigate Apple. This legislation does not currently exist in Ireland.

Investigation of planned obsolescence by commercial entities was made possible in France after ‘Hamon’s Law’ was passed in 2015.

This law made any form of planned obsolescence illegal and forced retailers to state whether replacement parts for a product would be available.

If a company is found to be in breach of the legislation and intentionally shortens the lifespan of a product, it could face a fine of up to 5% of annual sales. Executives at a firm found in breach of this law could also face a two-year jail term.

The inquest into Apple was started after complaints were filed with the state by pro-consumer group Stop Planned Obsolescence (Hop) in France last month. Similar investigations are under way in the US and Israel.