LUKE RYNNE CULLEN was facing an awkward situation. He and a group of other musicians had just wrapped up playing at a wedding and were handed the envelope with their cash payment for the gig.

However shortly afterwards the violinist realised that the money was €200 short of the agreed fee.

“I had to go up to the bride on her wedding day to get the additional funds that was agreed,” he said.

It is a common problem that Rynne Cullen has encountered as a musician gigging regularly as well as in his previous role as president of the Trinity orchestra during his college days.

“When I was managing them I was doing pretty much all of the festivals in Ireland. I just found that dealing with the payment aspect of things, finding the bookings in the first place, was quite hard. There was no place for the musicians to advertise themselves.”

His Dublin-based startup Applaud is building an online marketplace and payments channel for musicians to take bookings more efficiently and to avoid awkward chats with a bride and groom.

While studying in Trinity, he built an MVP of Applaud and took part in programmes like New Frontiers to get some early validation for the idea as well as very early capital. It’s now being advised by Richard Tierney, whose background includes senior marketing roles at Live Nation and Aiken.

In April of this year, Rynne Cullen was joined by chief technology officer Jerico Alcaras, who was previously a software engineer at wellness startup KeepAppy.

Applaud is now looking at ways to integrate payments into the site so promoters and festival organisers can make deposits and payments directly, which will take away some of the mess associated with paying in cash.

“The more it moves towards a cashless society is a big factor with independent musicians.”

Applaud’s early adopters include venues and organisations like The Grand Social in Dublin and the GAA, garnered mostly through networking and Rynne Cullen’s contacts.

“We asked people if they needed any bookings and friends of friends and got out to some of the big organisations,” he said, “The GAA approached us to do some corporate events with them where we provided a string quartet.”

It has had over 60 musicians sign up in recent weeks. 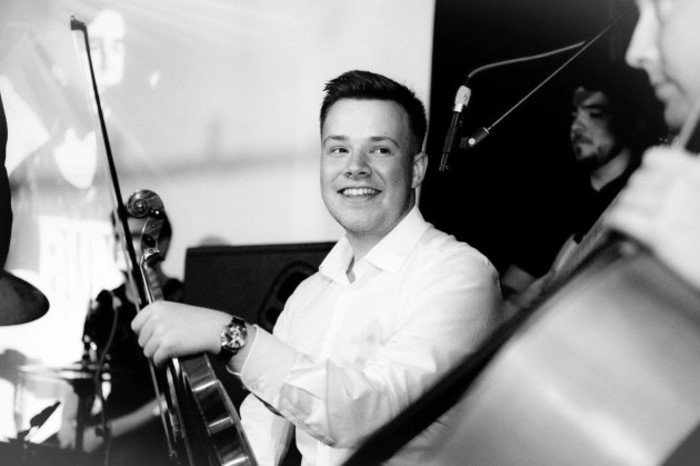 Once the payment system is integrated, Applaud’s business model will revolve around a fee that is placed on top of the musicians’ quote.

The platform will be free for musicians to use after the startup tinkered with the idea of a subscription model but that may not be viable for musicians working different schedules or irregularly.

“It’s very hard to constantly provide value, especially if artists are booked once or twice a year,” he said.

“The weddings would be very regular so wedding bands would be getting bookings every week. They’re usually booked out two years in advance but for the original artists, festival organisers would book them quite seasonally, that might be three times a year.”

Ireland is the test bed so far but Applaud has signed up some artists in the UK and France. It feeds into a much bigger and more ambitious plan that Applaud has.

“Our real overall ambition is to set up Applaud hubs in each major location that we expand to,” Rynne Cullen said.

“(It) allows us to offer a vetting process and a recording process for musicians where they can come into a studio, get a live session recording and post that directly onto their profile,” he explained.

“That way we can have a full circle in regards to what a performer needs to be professional at the grassroots and start getting bookings.”

Rynne Cullen feels that there is ample opportunity for musician and artist booking startups, pointing to Sony investing in Germany’s Gigmit.

Applaud is currently raising its seed round of about €300,000 from angel investors.

“There’s definitely a growing appetite in terms of bookings in the music industry.”