WHEN ANNA MAY McHugh started working at the National Ploughing Championships in 1952, she says people were surprised to be dealing with a woman.

The managing director of the National Ploughing Association (NPA), which runs the annual event, tells Fora that people would often call and ask to speak with a Mr Brennan – Brennan is her maiden name.

“I’d say, ‘I am not a mister’ and I didn’t want to say I was a miss, of course, but then they discovered that I was a girl and they would accept it,” she says.

At the official launch of the 88th instalment of the ploughing championships, which takes place next Tuesday to Thursday in Fenagh, Co Carlow, McHugh looks right at home at the NPA’s top table, with a row of men to her left.

Fresh off a plane from Minnesota, where the 2019 World Ploughing Championships were held, McHugh announces to delegates that Ireland will host the world event in 2021 – much sooner than expected thanks to her negotiation tactics.

Representatives from 33 countries participate in the world championships and McHugh already has plans to make it a five-day event, instead of the usual three, when it comes to Ireland in two years’ time.

But her main focus for now is the festival in Carlow next week, where some 300,000 spectators and up to 1,700 exhibitors will witness the farming, food and machinery expo – now considered Europe’s largest outdoor event. 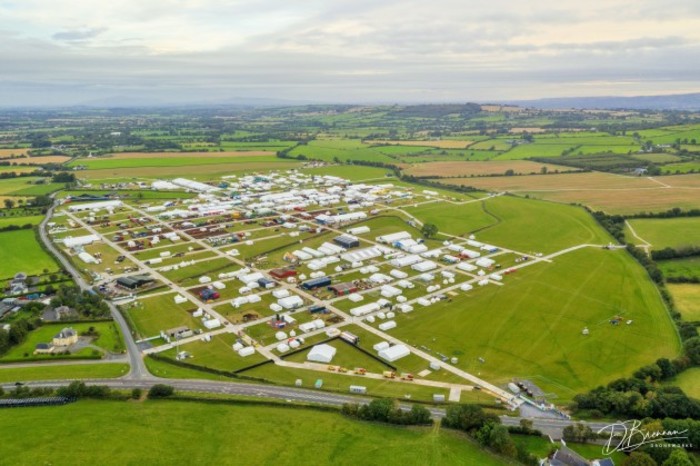 The site of this year's ploughing championships

McHugh grew up on a mixed farm near Ballylynan in Co Laois, the fifth child in a family of eight.

“My father was an only child and we always helped in the evening time when we came home from school,” she says.

After finishing school and completing a commercial course at St Brigid’s Secondary School in Athy, Co Kildare, she started working with NPA founder JJ Bergin as a secretary when she was 17.

It was more of an “accident” that she got the job than a decision she consciously made.

“I helped the founder of the ploughing with the competition that was coming up … I went on a Friday and I went back on the Monday and the rest is history,” she says.

She was later appointed secretary of the board before becoming managing director in 1973.

Over her 46-year tenure, McHugh has seen the ploughing championships evolve from a small match and agricultural trade exhibition into the major event it is today.

Gap in the market

With an eye for innovation, McHugh is always trying to “add something new” to the long-running festival.

“In 1984, I got the fashion show going and it was great at the time. I got a cookery competition going too, and in 1995, we added the hunt and the pony games, involved the dairy sector and got all the side shows going,” she says.

She lists other new additions over the years, including a machinery stage and the launch of exhibitions from supermarkets and universities.

McHugh says her main goal is to make sure there is something to entertain the whole family.

“If somebody goes home to say they didn’t see anything of interest, there’s something wrong with them,” she says.

McHugh cites the array of activities as one of the reasons why the event draws urban dwellers, who account for two-thirds of the total visitor numbers, as well as the traditional farming community. 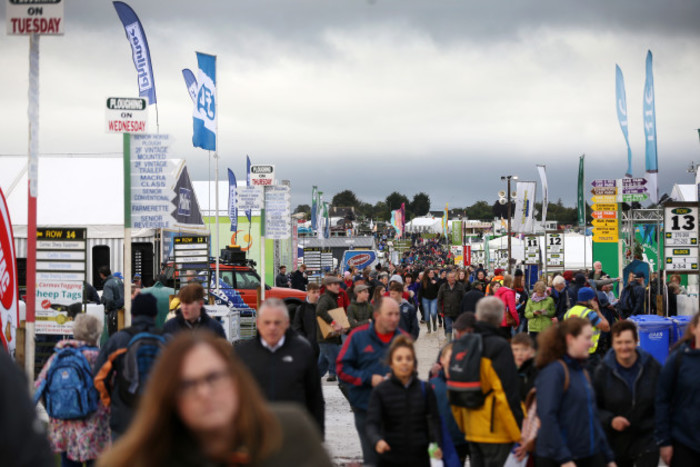 There are five permanent staff members who work on the event – including McHugh’s daughter, Anna Marie – from the NPA’s headquarters in Kildare.

McHugh says in the months coming up to the event, the headcount swells to 11 and massively increases on the big day: 2018′s instalment enlisted over 2,360 temporary staff, volunteers, competition judges and stewards.

With a board of directors that has representatives across Ireland, McHugh says there are plenty of people to call on when extra help is needed.

For McHugh, one of the major aspects of running the ploughing is deciding where it is going to be held – and convincing farmers to give some of their land to the event. A knowledge of country life has helped her negotiate with landowners.

This year, some 28 landowners accepted compensation to lend parts of their farm for the event, with the site taking up a total 900 acres, which includes car parking, ploughing plots and the trade arena.

Hosting an outdoor event means the weather is always going to be a big factor in its success.

Last year, the NPA cancelled the main day of the ploughing championships for the first time in its history because of Storm Ali, with the organisation adding extra activities on the Friday.

“It was greatly appreciated that we cancelled that Wednesday. In the interest of safety, with flags going everywhere, you wouldn’t know who would get injured,” McHugh says.

“When the storm eased, we got in all the voluntary workers and they cleaned up the site and it all looked very well the following day.”

The event, which normally costs €5 million to run, cost €6 million last year because of the additional expenses incurred.

When asked how she reacts in such a crisis, McHugh says, “When everyone around me gets excited, I turn calm.”

“But I have a pressure within me all the time, an element of excitement. If someone asks me what part of the event I like the most, I say it’s like a concrete block lifted off your shoulders on the final evening.”