OVER THE COMING years, airport retail sales are tipped to grow at a faster pace than ever before.

According to a 2016 report by analysts GlobalData, the world’s duty-free market is set to grow at a rate of about 7% every year between now and 2020.

That means that at the start of the next decade, travellers will spend roughly €60 billion on over-sized Toblerones, cartons of cigarettes, bottles of perfume and the like as they jet around the world.

The spending increase will largely be bolstered by the fast-growing Asia-Pacific region, which is estimated to be the source of more than half the world’s 3.4 billion additional passengers that will take to the skies by 2035, according to figures by aviation body IATA.

That spurt will be a boon to the travel retail sector because Asian consumers typically have a strong appetite for the luxury goods available in airport shops. 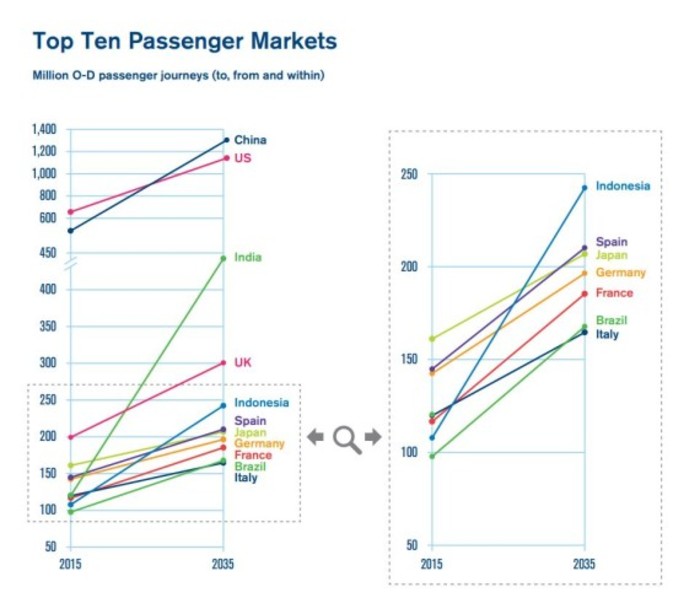 “We work with a suite of different brands, from the beauty industry to liquor to confectionery brands,” she tells Fora. “We might be the first to launch their products or it might be exclusive to us for six weeks before it goes anywhere else.”

For example, the DAA-owned ARI – which has operations in 13 airports around the world – recently partnered with drinks giant Diageo to offer a limited-edition Guinness at Dublin and Cork airports.

“People do a lot of gifting in the airport,” McDonagh says, explaining that there is a demand from holidaymakers for such one-off, souvenir items.

The motivation for the increased focus on retail is clear: selling to passengers has become a central part of airports’ operations.

In the case of DAA’s Dublin and Cork airports, retail, food and drink sales were worth more than €300 million in 2016 – up 11% on the previous year. Close to half of the semi-state’s revenue now comes from its domestic and international retail operations, as well as related activities.

Duty-free is sometimes seen as a sort of ‘retail lockdown’. Passengers are often anxious to pass through security as quickly as possible, which in turn means they usually have some time to kill ‘airside’ before boarding their flight.

Travellers at Dublin Airport, for example, typically have a two-and-a-half-hour ‘dwell time’, according to the hub’s marketing materials. 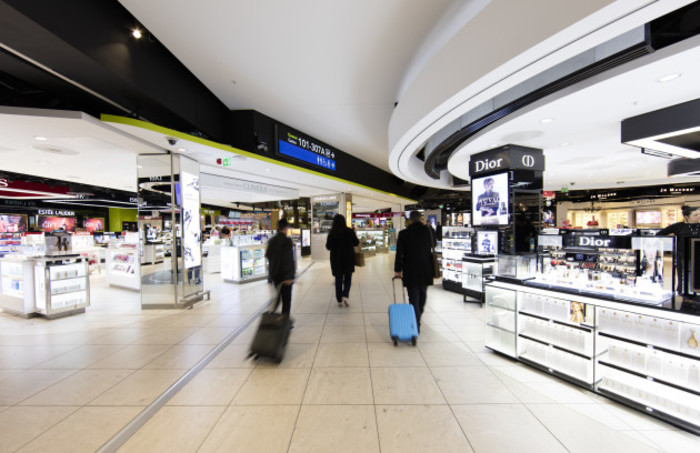 However, McDonagh says that there are a number of complexities that significantly reduce the time a retailer has to capture a consumer’s attention.

“One of the key differences between a person shopping in travel retail versus a (high street) shop is that the number-one priority when they go shopping on the domestic market is to go shopping,” she said.

“Their priority when they come to the airport is to get on a flight.”

As a result, passengers typically give just 10 minutes of their attention to retail, McDonagh claims.

She argues that the travel retail sector has to “work harder in terms of increasing penetration in the stores”, again by pushing exclusive promotions.

The success of the retail wing of an airport hinges on the cooperation of each of the hub’s stakeholders.

In other words, the time it takes passengers to park their car, drop their baggage and pass through security affects how much time they will dedicate to shopping.

“There are quite a lot of processes and pinch points that they have to get through before they eventually shop,” McDonagh says.

When asked what trends she sees emerging in the industry, McDonagh says “there will always be a need for Toblerone bars and bottles of fragrances”, but there is a clear shift towards so-called ‘experiential’ purchasing.

Brick-and-mortar stores have in recent years tried to differentiate themselves from online retailers by offering customers a shopping ‘experience’. They’ve rolled out personal shopper services and installed ‘Instragrammable’ fixtures in their premises.

Airport retailers are doing the same. For example, Fora recently reported that Shannon Airport will install a ‘water wall’ in its duty-free in a bid to encourage shoppers to slow down and ultimately spend more money.

“In Ireland, we’d work with several local distilleries,” she says. “I think the airport is a great way for them to get on the shelf quicker. It’s good for us because of its exclusivity as well.”