THE COUNTRY’S AVIATION watchdog reported a “significant increase” in passenger complaints last year – but had trouble keeping up with them all.

As well as licensing the travel trade and allocating airport slots, the Commission for Aviation Regulation (CAR) is responsible for ensuring travellers are protected when an airline or travel firm lets them down.

It is tasked with investigating complaints about flight cancellations, delays of at least two hours and instances of denied boarding or ticket downgrades for all flights departing and arriving at Irish airports and operated by EU-licensed carriers.

According to its newly published annual report, the CAR received more than 1,480 passenger complaints in 2017. It received just over 940 the year before.

Commissioner Cathy Mannion said this “significant increase … has meant we have not been able to resolve complaints as quickly as we would like”.

She added that “arrangements will be in place” to improve the level of service throughout 2018.

Roughly half of all the complaints submitted to the CAR last year were related to flight cancellations, while it also received about 680 complaints regarding lengthy delays. 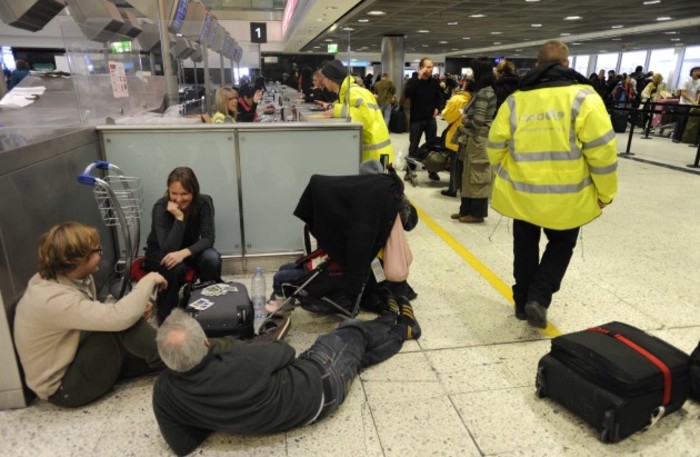 It received four complaints from passengers who were downgraded on a flight and one who was upgraded.

Eight complaints related to the rights of passengers with reduced mobility. Five of these were deemed valid and requiring investigation in relation to issues such as assistance received when leaving an aircraft and the transport of electric wheelchairs. None so far have been upheld.

22.10.2017Disasters and insults are just part of the job for Ireland's aviation watchdog

Of the total 1,480 complaints, 980 fell under the remit of the CAR and were subject to a full investigation in 2017. The commission managed to deal with 345 of the complaints and the rest are “still under investigation or awaiting attention”.

“We experienced delays in dealing with complaints due to a number of factors including changes to IT systems and the level of queries and complaints received in relation to flight disruptions,” the commission wrote in its annual report.

Late last year, the CAR was tasked with cleaning up the mess caused by Ryanair’s decision to cancel 20,000 scheduled flights due to a lack of available pilots to fly the planes.

At the time, it added two additional staff members to its 18-person team to help sift through queries and complaints.

“We were not satisfied with the manner in which these cancellations were announced, nor the content of Ryanair’s initial information pieces,” the CAR said, adding that it “worked extensively” with the airline and monitored its handling of claims for compensation and complaints from passengers affected by the cancellations.

Elsewhere in the annual report, the CAR said that it handed a €140,000 fine to Dublin Airport last year because the security queue in Terminal 1 exceeded 30 minutes on 20 August, during the peak travel season.

This was an improvement on 2016, when the country’s busiest airport was fined €225,000 after queues at security exceeded 30 minutes on two separate occasions.

In 2017, the CAR collected just over €2.6 million through levies it imposed on travel companies. It expects this figure to increase to €3.2 million this year.

An increase in staffing costs and consultancy fees contributed to the commission’s annual operating deficit, which ballooned from €353,000 in 2016 to €455,000 last year.