AIR CANADA WILL launch a direct service from Shannon to Toronto a decade after axing a flight to the Clare hub.

The Canadian carrier announced today that it will operate the non-stop flights next summer.

The Shannon-Toronto service will fly on Mondays, Wednesdays, Fridays and Saturdays from early June next year until mid-October using a Boeing 737 MAX 8 aircraft.

Air Canada previously pulled a Toronto route it shared with Dublin in 2007, although another Canadian airline – Air Transat – operated charter flights from Shannon to Toronto in summer 2014. There hasn’t been a service from the Clare hub to Canada since then.

Shannon Airport’s managing director, Andrew Murphy, said today’s announcement was a boon for Irish tourism in the west of Ireland.

“Canadian tourists are high spenders and businesses along the Wild Atlantic Way in particular will benefit as the route will deliver significant Canadian visitors directly to their doorstep,” he said. 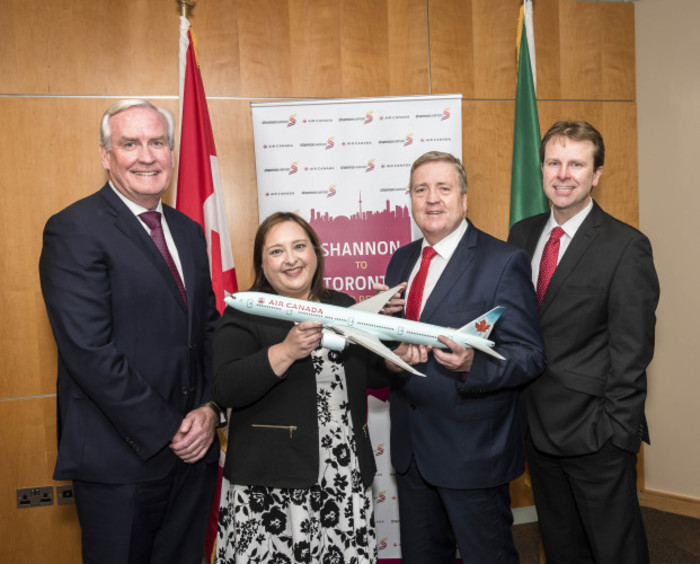 Separately, Ryanair announced that it will operate a twice weekly service from Shannon to Barcelona-Reus next summer, starting 27 March 2018 and ending 27 October 2018.

The announcement of the new routes comes the same week that CSO figures showed that Shannon was the only main hub in Ireland to report a decline in passenger numbers for the period of April to June this year.

Air Canada also announced today that it will launch a four-times weekly service from Dublin to Montreal next summer.

It will also increase the frequency of its Dublin-Toronto flights at the end of next month from three times a week to four. This will become a daily service next summer.

The route is currently operated by subsidiary Air Canada Rouge. It will switch to the main brand from 30 October using a larger Airbus A330 aircraft.

Air Canada also confirmed that it will resume its Dublin-Vancouver summer service in 2018.

Note: This article has been updated clarify details of Air Canada’s previous service to Shannon.