I’M ORIGINALLY FROM Portugal and moved to Galway two years ago with my husband because we were looking for a new adventure.

Our move to Galway happened by chance. My husband got a job offer in the west of Ireland and we moved over there together.

My husband is an IT consultant, but I’m pre-school teacher and that’s also part of the reason we chose Ireland. This country has more children than Portugal, which meant there were more job opportunities for me here.

When we first came over to Ireland, I had very little English, but I started a very intensive two-week course and attended some free courses in the evening to get up to scratch.

I also started chatting with people when I was out and about; myself and my husband would only talk in English at home, and we watched movies with English subtitles.

It was a bit of a pain because I didn’t understand the movies at first, but immersing ourselves in English was the best approach. I was also practicing using songs on YouTube as well, and I would look up the lyrics so I could sing along. 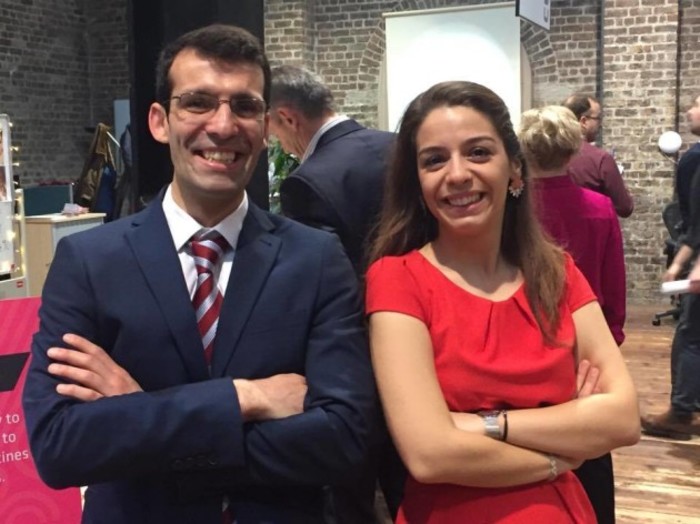 I feel like I made a lot of progress in my month of English lessons, so much so I got a job in one of the crèches in Galway. The language barrier was tough at the start, but it didn’t stop us settling very quickly in Ireland – and that’s because of the Irish people.

I think Irish people are really welcoming to foreigners. They are very friendly and quite similar to Portuguese – they speak to everyone and help those who need it.

Even when we moved from Galway to Dublin, myself and my husband made friends very easily again.

In the end, I worked in that crèche for a year, and it’s where I came up with the idea for my company Child Diary – a tool for teachers that helps them manage paperwork and also share photos of big childhood milestones with parents.

As a pre-school teacher I’m really passionate about education and always wanted to teach. I’ve taught in Portugal and Africa, but when I came to Ireland I found I was spending so much time with paperwork in the crèche.

My bosses were also spending so much money on managing the paperwork. We were all afraid of inspectors coming in and us not having something they asked for. I also felt frustrated that I couldn’t share with the children’s parents what was going on every day.

The parents would ask me how their child’s day was, and I would tell them all about how their kid might have started walking or held a spoon for the first time. They are big moments and huge milestones.

I was going for walks with my husband every day and complaining about these problems at work, and since he’s passionate about business, he told me we needed to do something about this.

So we bought a tiny desk for our tiny apartment in Galway and sat down to start creating a solution that would both manage the paperwork for teachers and help them share information with parents. Then I tested the idea with my colleagues in the classroom.

We came to Dublin a year later because we thought we would have more opportunities to get the business going – but this time we had a bigger apartment and a bigger desk. 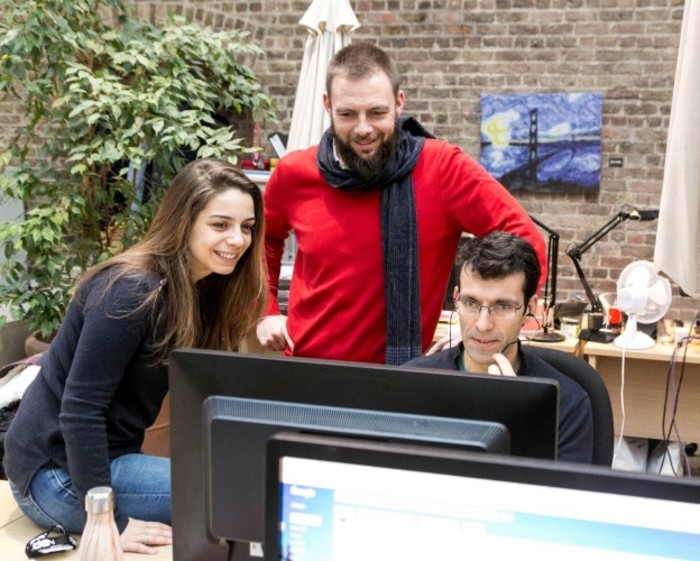 I’m a pre-school teacher at heart. If somebody told me that I would be an entrepreneur, I would have said, “Don’t even think about it.” But once we started developing the idea and telling people about what we were working on, I knew this is what I wanted to do.

And then, when we had our first customer, everything made sense. My peers who started using Child Diary said they were saving time and money and parents were telling us they loved it too.

At the end of 2015, we started selling the product; it was a bit slow at first because myself and my husband were still working in our jobs.

He was in Accenture and I was working with Safari Childcare in Dublin, and at the end of the day we would spend a lot of our free time working on the business.

But we applied for a female founders programme that was run by the NDRC and Enterprise Ireland, and they gave us the resources to develop a strategy to bring our product to market.

For me, personally, I studied to be a pre-school teacher at university, so I knew nothing about business and I’m still learning every day what a business is like. I’m learning about digital marketing, HR management, you name it – which is also a challenge because it’s a lot to take in.

Since we joined NDRC in June 2016, we left our jobs, dedicated all our time to Child Diary and now have a team of four other people on board. We also now have customers all over Ireland and in Portugal, so it’s going well considering we are so new.

Leaving our jobs wasn’t a hard decision to make because I knew I was passionate about this idea, but in the few weeks after I left, I wondered if I would like this startup life.

I really like being in childcare and love education, so it was weighing on my mind about not being in that environment any more and going to an office instead – which was something I had never experienced before.

There have been some tough times. Being on the phone with people every day and trying to sell your product isn’t easy.

You get people who will say that they don’t want your product, and I’ve learned that this is normal. But at the beginning it was quite hard to understand why people didn’t want something I thought was amazing.

Also learning how to prioritise was a big challenge – I’d actually say it is the biggest challenge as an entrepreneur.

You have to do so many things at the beginning. Myself and my husband had to be the finance, the HR, the IT, the sales and the marketing teams. This makes it hard to see what are the areas you need to prioritise. But you learn how to deal with many things on your plate because you have to.

We always say we want to conquer the world. We want to see the business everywhere, and I want to work with more and more pre-school teachers.

I want to enter new English-speaking markets with the company next and perhaps make versions of Child Diary for other languages as well. This is our overall vision, but in terms of the future, it’s hard to tell what’s going to happen.

Child Diary is not the same thing now as it was six months ago – it is always developing and improving according to our customers’ needs. We really want to keep this mindset and in six months the company could be barely recognisable from what it is today.

Vanessa Bileu is the ‎co-founder of Child Diary and was part of the NDRC’s Female Founders programme. This article was written in conversation with Killian Woods as part of a series on unlikely entrepreneurs.