THE IRISH FAMILY that set up the Poundworld chain in the Republic has agreed to buy the remaining stores from the troubled UK retailer, which went into administration earlier this year.

The Henderson family was involved in the establishment of the discount chain in Ireland during the 1980s and today confirmed its offer to take over “the best and remaining stores” from the UK chain had been accepted by administrators Deloitte.

A spokesman for Deloitte told Fora: “There’s an agreement in principle but it’s not confirmed.”

The family has reportedly agreed to acquire up to 50 stores, although a spokesperson for the buyers was unavailable to comment when contacted by Fora. The purchase price has not been disclosed.

Poundworld UK was bought three years ago by US-based outfit TPG Capital for £150 million. The firm went into administration in June and has already shuttered over 250 stores, resulting in the loss of an estimated 4,000 jobs.

The Hendersons have established a new operating company, RVP Holdings Limited, in the UK to take over the remainder of the brand. 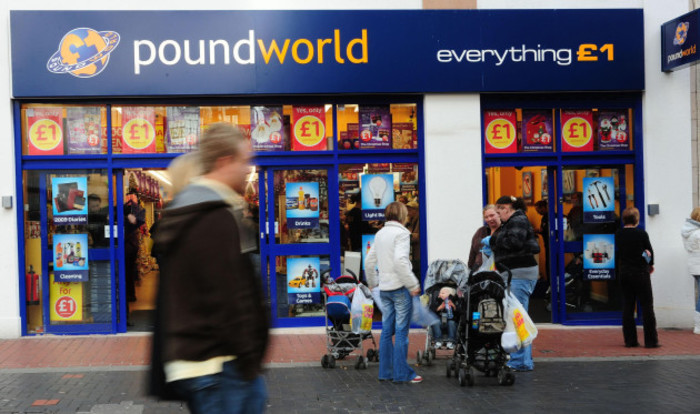 The Henderson family has four decades of experience in the low-cost retail sector. The Irish Poundworld brand was set up by Ray Henderson, who later sold the business in 2007.

Henderson’s son, David, continues to work in the sector and led the negotiations to purchase the UK stores.

“We are delighted to have agreed the purchase of Poundworld, and we now look forward to bringing the company back to profit and provide current and new customers with an unrivalled product offering at low prices,” David Henderson said.

According to a statement from the Henderson family confirming the acquisition, Poundworld recorded sales of nearly £500 million last year in the UK.