ENTERPRISE IRELAND’S CHIEF has warned that exporters shouldn’t see it as an “optional extra” to expand their presence in eurozone markets if they want to protect themselves from Brexit.

Julie Sinnamon was speaking at the launch of Enterprise Ireland’s target of increasing Irish exports to eurozone countries by 50% over the next three years.

The figure for southern Europe – which is in the same category as the Middle East, Africa and India – stood at just over €2 billion.

Sinnamon said the figures were a wake-up call that “Brexit’s impact is being felt today”.

“It takes a couple of years to develop a new market and (businesses) have to start today,” she said.

“Companies need to look at their portfolio of markets to be more balanced in it. Companies shouldn’t see it as an optional extra.” 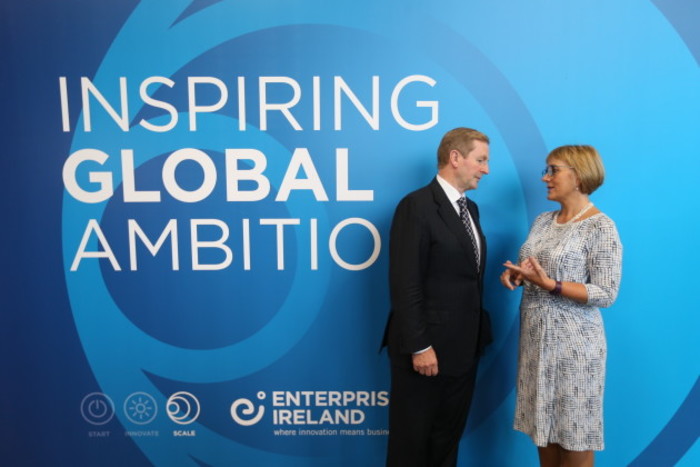 It hopes to achieve this target by doubling the number of trade missions to the eurozone countries to 32 events per year.

It will also increase the headcount at its six European offices and roll out a graduate programme to attract workers with language skills to join companies looking to scale in the region.

Enterprise Ireland hopes to entice companies in growth sectors such as construction, engineering and life sciences to consider expanding into markets closer to home.

“If we look at an area like medtech, we sell more product into Boston than we do to Berlin, and Berlin is so much easier to access,” Sinnamon said.

“Over the last 10 years, we’ve been increasing the exports to rest of the world faster than the UK,” she said.

Sinnamon noted that the although the UK accounted for 35% of Ireland’s exports last year, that figure is down from 45% a decade ago, while overall exports grew by 50% during the same period.