RYANAIR IS IN talks with Boeing about placing an order for the manufacturer’s new 737 Max 10 aircraft, which would mark a significant increase in plane size for the Irish budget carrier.

At the Paris Air Show next week, Boeing is expected to unveil the 737 Max 10 – a new model in the series that will be capable of seating up to 230 passengers.

The jet, which is designed for medium-haul flights, has been developed to take on the Airbus A321 – an aircraft used by low-cost rivals such as Wizz Air.

Speaking to Bloomberg TV, Ryanair marketing director Kenny Jacobs said the airline is looking at all available options when it comes to expanding its fleet.

“We’re always talking to Boeing about single-aisle aircraft. We like the Max 200 a lot and that’s why we’ve got over 260 of them in order between now and 2024,” he said.

“We think we will take all the options that we have on the Max 200, but we’ll keep an open mind in terms of what’s the next version of a single-aisle aircraft from Boeing that we would be interested in.”

Jacobs would not confirm if any deal has been signed with Boeing to order the new 737 Max 10. His comments follow reports that Ryanair was considering buying the new plane. 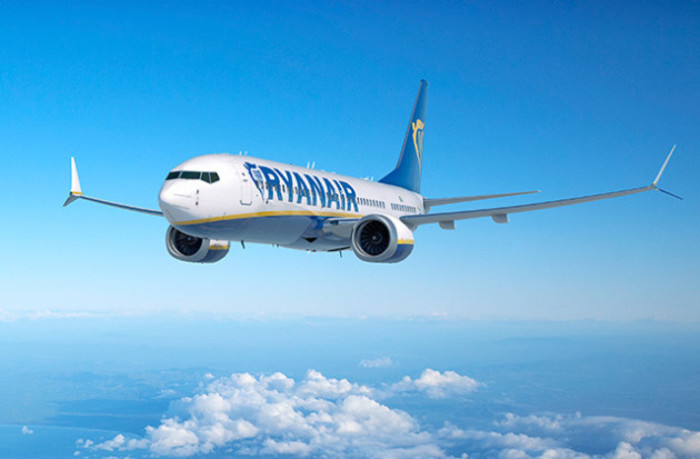 Ryanair is in the middle of large expansion of its fleet and by 2024 expects to have over 520 planes in operation.

For the past two years, the budget carrier has been taking delivery of 175 Boeing 737-800 aircraft – an order that will be completed by the end of 2019.

From 2019, the airline will start receiving the first of its 200 Boeing 737 Max planes. These new models have been called “game-changers” for the budget airline because they will give the company eight extra seats – 197 in total – and use 15% less fuel on a per-seat basis.

Ryanair has claimed the additional capacity on these new aircraft will give it the scope to serve nearly 200 million passengers by the end of March 2024.

The extra capacity will also give the airline an opportunity to pinch some business away from financially troubled European competitors in Germany and Italy.

Last month, Ryanair chief executive Michael O’Leary said that monetary woes at Air Berlin and Alitalia have opened a further gap in certain markets and as a result, the airline has sought to extend leases on 10 aircraft through to 2019.

“We’re also having discussions with Boeing about adding one or two aircraft deliveries in 2018 and 2019 where Boeing can facilitate those additional orders,” O’Leary said.

Ryanair posted a profit of just over €1.3 billion in the financial year ended 31 March 2017, up from €1.2 billion for the previous 12-month period.