FROM ABOUT THE age of six, I was coming up with my own little microbusinesses to make pocket money.

I would make perfume from gorse flowers and rose petals, bottle it up and go door to door selling them. As I got older, I would make brooches and jewellery from shells and pasta. So I always had an entrepreneurial spirit.

I think in the back of my mind I knew the products weren’t amazing, but because people thought I was so cute they would still buy them.

I was always trying to be very independent. From the age of 14 and throughout school, I worked as a chef in the hospitality industry, as my hometown Howth is famous for it.

After finishing school and doing a course in art and design, I eventually went to college in DIT and got a diploma in professional cookery. I worked for a year or so in Ireland before I left to go to India for two months. I ended up staying for a year.

I fell in love with India and for several years I went back and forth. When I would come back to Ireland, I’d work 80 hours a week as a chef just to save money up to go back and do NGO and tsunami relief work. 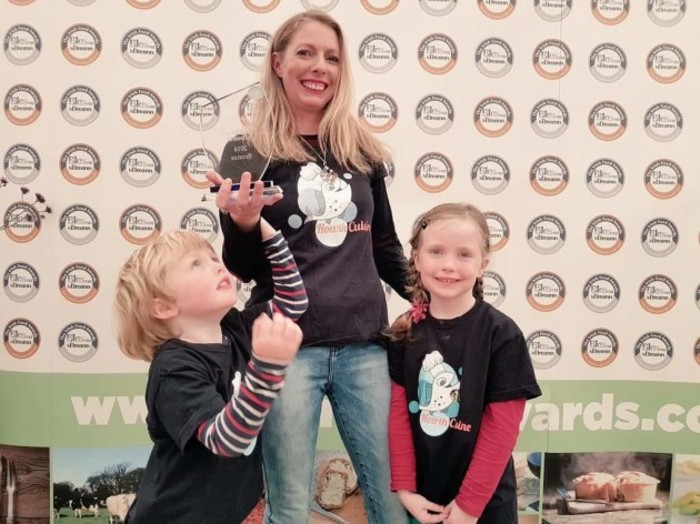 When I was about 27, I decided I wanted to follow the NGO line of work, rather than cookery, and applied to Trinity College to study social work. But I actually got accepted for business and economics.

While I started that, I also began a gastropub business with a friend from college where we would franchise kitchens in pubs and serve restaurant-quality food.

Everything was going great and, in the end, I decided to focus on the business and put my studies on hold as I had also started Howth Cuisine – which made and sold ready-made fish meals – on the side.

We had a staff of 17 in the pubs at one stage. We were in charge of two kitchens full-time and had another we would look after for a friend on Sundays.

However, the recession kicked in after around two years and it became clear that the business was coming to an end. The restaurants had started to bring down their prices, and we couldn’t come down any further.

People just weren’t going out any more, they didn’t have the disposable income and it felt like the whole country went into hiding.

There weren’t any more busy Friday nights or Sunday evenings where you might feed 200 people – that was gone – and we went from serving maybe 700 people a week to 150.

I scaled down as much as I could, but it wasn’t going to work. Towards the end, I helped a friend’s mother set up a gastropub in Abbey Street in town, and I used my wages from that project to help pay the staff at my gastropub.

I held on to the bitter end until I became pregnant with my first child in 2010. My accountant and business advisors were all telling me to let go and saying, “This is just going to get worse.”

So I eventually did let go, but it was difficult. I had been independent since the age of 17, moved out and rented my own places, but I was faced with moving back in with my folks – which I did while pregnant. 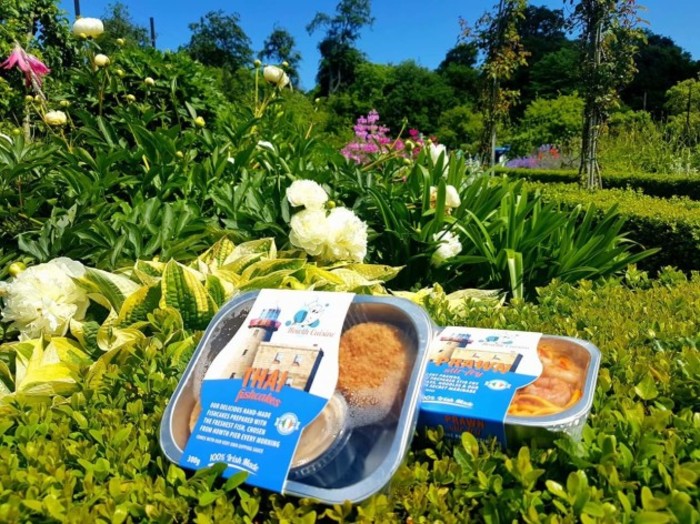 At the end of the a gastropub business, I still had Howth Cuisine but I ended up working part-time as well to pay off some debts. I was pregnant with my first child, but I still owed around €30,000, so I basically kept working.

I asked friends if I could use their restaurant at night to make the Howth Cuisine products and worked through the night to 4am – right up until I was nine-months pregnant – then during the day I would deliver the products.

People used to think I was crazy, and some of the pub’s punters would see me walking in and out carrying big trays on my bump.

But I was determined to pay my debts off. I owed a lot of local suppliers and wouldn’t have been able to hold my head up high if I ignored that.

I had my daughter Anna in March 2011, and then my son Conor a year later. I only took about five weeks off, but the business kept going because some friends helped out.

For two years, as a mum of two, I worked on the business through the night. By the start of 2013, I had paid off all my debts and secured my own unit in Baldoyle Industrial Estate.

I never thought about it at the time, but when I look back, I’m quite proud I was able to pay back everyone.

There were a huge amount of restaurant players that went bust and a lot of suppliers said, “You’re the only one who paid us back.” Now I might have only been paying them €50 or €100 a week, but it was something.

There was this one butcher I owed money to, and I said to him, “I know I still owe you €250, but is there any way I can pay you back after Christmas.”

It was my first Christmas with my two children and I wanted to get them something small and have the Christmas spirit in the house.

The accounts manager said, “Can you give me something?” So I gave her €50 and then I received a card from the owner of the business saying, “Happy Christmas, keep the final €200. Thank you for making the effort to pay us back.” 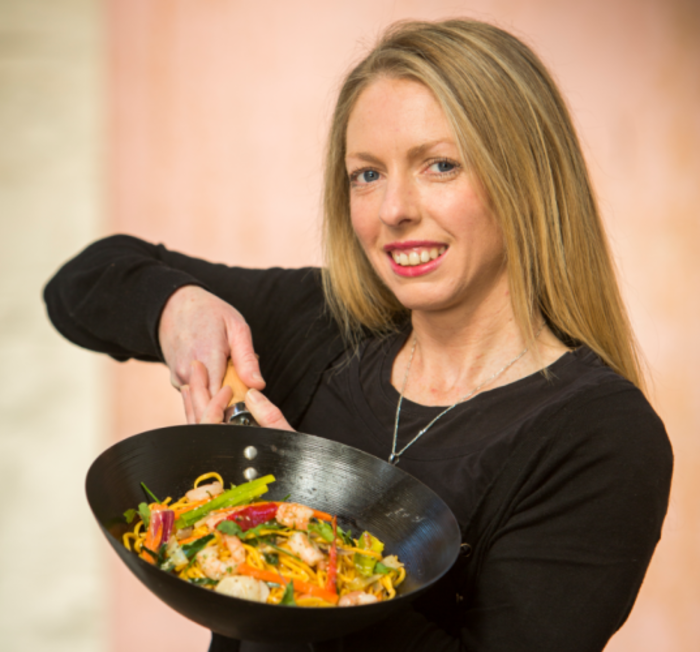 In 2013, I got a grant from my Local Enterprise Office, which meant I could take on my first employee. Up until then, I was cooking, doing sales, marketing, deliveries, ordering and accounts all by myself.

The year 2015 was the biggest for the company. We doubled our sales after I did the Food Academy programme, which helped me get into 14 SuperValu stores. I took on another two staff in 2015 and then by 2016 I was in 30 SuperValu shops.

We’re even in Dunnes Stores as of this year, starting out in six major outlets and moving into another four since.

I’ve found throughout the years that you can’t jump too fast because your cash flow can’t handle it – unless you have some investment. And that’s not a route I want to go with because all our growth has been organic.

I still feel I was just thrown into all this, and it didn’t all work out as planned. I haven’t got my holiday home in Goa and my yacht in Marbella I anticipated at the beginning – well not yet anyway.

For people starting a business now, I would say to them that you need to be passionate and driven about the idea and be certain there’s a customer for your product. Make sure it’s a viable business.

When I was starting to put all my attention into Howth Cuisine, I remember sitting in the house of my accountant at the time explaining my ambition for ready-made fish pies and how it was going to go global.

He sat there thinking, “There’s this poor girl sitting in front of me who thinks she will sell her fish pies all over Ireland, she hasn’t got a hope, God love her.”

I met him three years later to get advice because someone asked me about buying the company, and he couldn’t believe it.

We’ve won several awards in the past few years and I’m glad I fought back, paid my debts and can hold my head up high and be proud of Howth Cuisine and my team.

Nicole Dunne is the owner of Howth Cuisine. This article was written in conversation with Killian Woods as part of a series on business mistakes and what can be learned from them.