THE NUMBER OF trips to Ireland by overseas visitors increased during the first half of the year – but the level of spending by holidaymakers barely budged and showed a decrease in some key markets.

Tourism data from the Central Statistics Office (CSO) for January to June showed that more than five million trips by non-resident travellers were recorded during the first six months of 2019, a 3.6% increase on figures for the same period last year.

Total spending from overseas travellers for the first half of the year increased by 0.26% to just over €3 billion. That figure excludes receipts from air and sea fares.

Looking at figures for individual markets, Britain – Ireland’s largest overseas travel market, which has fluctuated since the 2016 Brexit vote – showed a 0.4% increase to 1.79 million trips from January to June. However, spending declined by 4% to an estimated €449 million  excluding fares.

The number of trips by visitors from France increased by 15,000 trips to 290,000 during the first half of 2019, while expenditure by French tourists decreased by 18% to €290 million excluding fares.

The strongest performer was the US and Canada market, where significant gains have been made in recent years thanks to an increase in air connectivity to the island. North America delivered 9% growth to 1.1 million trips while spending was up 8.5% to €746 million excluding fares. 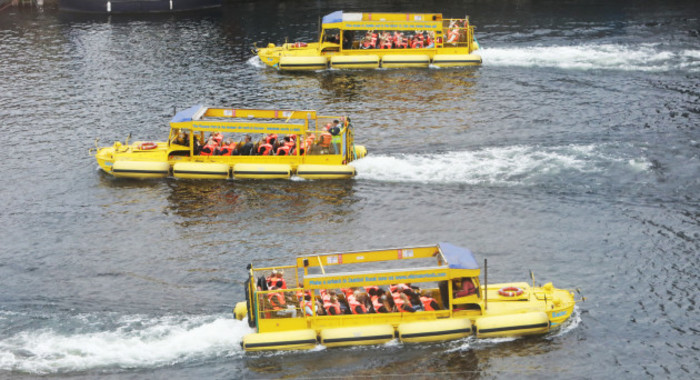 Reacting to the figures, Eoghan O’Mara Walsh, chief executive of the Irish Tourism Industry Confederation (Itic), said the industry is in a “nervy position of depending on our North American friends for a solid tourism season”.

“If anything happens to that market, we’d be concerned,” he told Fora.

“What you want to see is a good spread of business across various markets. You don’t want to see an over-dependency on one particular market because anything can happen.

“If there was a recession or (an escalation in the) trade war with China, suddenly it would make that market more challenging and those other markets aren’t performing as well as they should.”

In its pre-budget submission, Itic called on the government to review the reduced 13.5% VAT rate – which increased from 9% under Budget 2019 – and to allocate an additional €30 million to the industry under 2020′s fiscal plan.

Figures compiled by the group – which counts Aer Lingus, the Guinness Storehouse and Tourism Ireland as members – show that State funding for tourism services was restored to 2008′s level of €169 million this year, a €35 million increase on last year’s figure after almost a decade of decreases.

However, O’Mara Walsh claimed this figure does little to offset the increase in VAT. He said other factors such as increases in labour costs, commercial water rates and insurance premiums are taking a toll on regional businesses.

“The VAT increase brought in an additional €466 million for the Exchequer. The €35 million increase (in tourism funding) has been very important, but it doesn’t in any way compensate for the additional taxation the industry has taken on board,” he said.

However, it is unlikely there will be many tax cuts or spending increases in Budget 2020, with reports that Finance Minister Paschal Donohoe will use a no-deal Brexit as the base scenario when the fiscal plan is announced on 8 October.